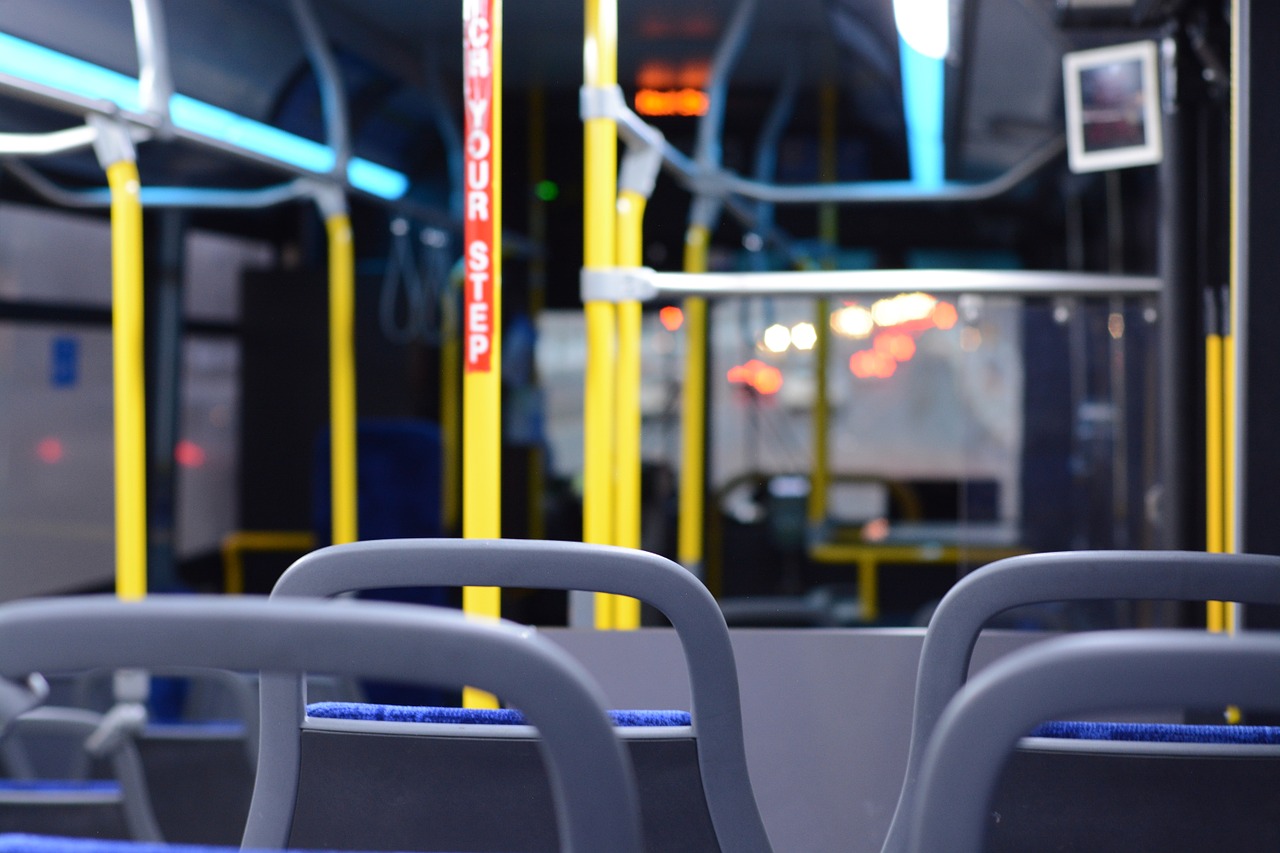 The case concerned two contracts of the municipal company Trolleybus and Bus Transport Ltd. One is for the delivery of 55 new diesel buses of high class for a total value of BGN 35.6 million, the second is for 33 new electric buses, 18 charging stations and 2 transformer stations, all for a value of BGN 49.1 million. The Anti-Corruption Commission said it was working on a tip-off that officials, including those in high public positions, had received material benefits in order to be selected as a specific contractor in the contracts.

The probe began on Monday – 29 November at noon. At the end of the working day, the mayor Zhivko Todorov, the deputy mayor in charge, Yordan Nikolov, who is also the chairman of the commission for the selection of the contractor in the two public tenders, and the manager of the municipal company that conducted the tenders, Eng. Georgi Stanchev gave a joint press conference. The aim of the meeting was to convince the media that the management of the municipality and the company had conducted the tenders in full compliance with the law. The mayor announced that everyone would fully cooperate with the inspectors. They have already given in writing their personal impressions of the tenders and are to provide all the technical documentation.

Mayor Todorov rejected the journalists’ hypothesis that the inspection was a political attack against him and twice stated that the municipality had nothing to do with the tenders held under the Public Procurement Act. But he commented that when information is given in advance by the Anti-Corruption Commission, a wrong public opinion is created. “I don’t like that,” the mayor said. He added that for greater transparency there were representatives of the municipal council, which is the principal of the Trolleybus and Bus Company, on the committees.

The first tender – for the 55 diesel buses – is now seven years old. Their purchase was part of the first phase of the project for the modernisation and development of sustainable urban transport, which envisaged the replacement of the city’s old bus and trolleybus fleet. The Polish company Solaris also won the tender for 50 buses and 22 trolleybuses, excluding the five articulated buses supplied by the Czech SOR Libhavi. On the subject For Truth wrote nearly three years ago.

Money for nothing, or how Stara Zagora managed a 14.7 million lev project – here

And Stara Zagora became famous for paying a price of BGN 526 thousand for one bus. At the same time, the company offered in Sofia for the same bus a price of 303 thousand leva. The difference for the 50 buses is BGN 11.1 million. And then the deal raised suspicions of corruption, and today they remain.

Moreover, for 95 million leva from the Operational Programme “Environment” the Polish company delivered 100 trolleybuses – in addition to Stara Zagora and for the renewal of the parks in Varna, Burgas and Pleven. 50 trolleybuses of the same brand were also purchased in the capital under the Integrated Urban Transport project worth BGN 54 million excluding VAT.

Both at the finalisation of the deal in Stara Zagora a few years ago and at the press conference last night, Mayor Zhivko Todorov and his deputy Yordan Nikolov explained the drastically higher price of the Stara Zagora buses with the video cameras and the presence of more telematics in them such as the driver information display. And with the larger engine capacity.

The contract for the delivery of the diesel buses has already been executed, the procedure has long been reported and according to the mayor there are no problems in it. The second public procurement for the supply of 33 new 12-meter electric buses and additional equipment for public transport in Stara Zagora, which was audited by the Anti-Corruption Commission, was won by El Bus Truck & Coach Bulgaria Ltd. Mayor Todorov told the media that it was carried out in full transparency and representation of the municipal council, as the municipality always did in cases when it spent large public resources.

Of the 11 participants in the procedure under the Public Procurement Act, three have appealed against it to the Commission for Protection of Competition (CPC) and the Supreme Administrative Court (SAC). Both the commission and the court ruled in favour of the municipality. According to Zhivko Todorov, it is about large consortia, including foreign ones, not small companies with dubious reputations:

“If there were any problems, they would have noticed them and alerted the relevant authorities.” The mayor claims that they complied with both the law and the public interest, because out of all those who were eligible, three large European consortia made the final cut. And it was the one with the lowest price offer that won, “which is the right, legal and protective of the citizens’ interest way,” the mayor said.

For the delivery of the IRIZAR brand electric buses, the Stara Zagora Trolleybus and Bus Transport Company has already paid in advance 30% of the total amount of the contract, which is 49.1 million, i.e. the consortium has been paid about BGN 16.5 million.

The manager Eng. Stanchev points out that the same scheme has been applied in Burgas. But there at least there is a delivery of 4 buses.  There are also problems with the introduction of the automated charging system in public transport, which is part of the project for modern and integrated public transport.

The project for nearly 4 million leva was supposed to be completed in 30 months, and they have already passed, but the system showed weaknesses and that is why it is still being tested on a pilot project on three of the city lines, engineer Stanchev told For Truth. It was defective four to five times a week, so the manager fears that without conductors, the company could accumulate large losses. Now it employs 110 female conductors with an average monthly salary of BGN 1,000 (including insurance and taxes). But no one can say how much will be needed to maintain the system when its warranty period expires. For the first nine months of this year, Trolleybus and Bus Transport’s losses were just over BGN 1 million, and its accumulated debts for five years amount to BGN 5.1 million. And they are likely to grow further in the context of the Kovid crisis, which has significantly reduced the number of citizens using public transport.

We asked Maria Dineva, chairwoman of the Stara Zagora City Council, for her opinion on how the company is being managed, whether she is familiar with the public procurement contracts under scrutiny and with engineer Stanchev’s criminal record, which makes him dependent on his post, but we were unable to reach her.

How long will the Anti-Corruption Commission’s probe last and whether it will find violations in the procedures of the two public procurements remains to be seen. It is most logical that the report it is working on was filed by one of the companies or consortia that participated in the tenders. Because we all know how the technical parameters that the bidders have to meet are prepared.

It would be interesting to know how the length of the body of the buses was determined, which, according to sources familiar with the details of the tender, was exactly 18 cm longer than that of the buses of the Czech company Sor Libhavi. And thus eliminated it from the tender.

Similarly, the technical parameters for the electric buses include a 180 KW engine, which, according to experts, will not be able to run without recharging during the day. While one with a power of 160 KW, which the Sor Libhavi can offer, would consume less electricity and last a full day’s duty cycle.

But these are just two examples, what the inspectors will find, we cannot even guess. We will not comment on the rumours of 50,000 leva per bus being asked for by a company that was promised to win one of the contracts in return. Sotir Tsatsarov and his verifiers are on the move. Or the former prosecutor general and current head of the KPKONPI may have realised that GERB’s ship is sinking and decided to take down the umbrella spread over the people appointed during Boyko Borissov’s rule. If the commission does not find corruption in these public procurements, it would not be surprising if the same signal is submitted to the European prosecutor’s office. Because we are talking about tens and hundreds of millions of euros of European funds, which Laura Kövesi is called upon to protect. 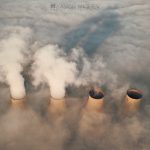 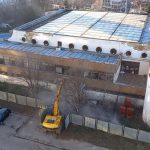 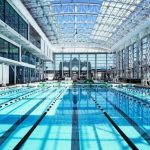